The article is by Emma Hogan and the co-runner up of the 1st Annual Conway Scene Short Story Contest.

What is your favorite holiday? Is it Easter, Christmas, Thanksgiving? If I had to choose, it would be Thanksgiving.

The best Thanksgiving holiday that leaves a huge impression on me is Thanksgiving of 2016. Easter of 2016, my grandma passed away. We knew it was coming, but no one is ever truly ready for when the time comes and your loved one gets ready to leave this world. For my family, 2016 was definitely a rough year.

After my grandma passed and the seasons changed, my mom decided to cook up a plan to have some fun. This plan would be carried out on Thanksgiving of 2016.

It turns out my mom and dad would take us to Branson, Missouri, for 4 days, where we would have a Thanksgiving we could never forget. It would be the second day of the trip that would be the most interesting.

We stayed in a little resort called Happy Hollow Resort, located on a lake. On Friday morning, we got up around 8ish and ate some pancakes that mom had whipped up from the groceries she bought for the trip. We ate our pancakes all joyfully. Some maybe a little more joyfully than others because my little sister Greta loaded her pancakes with a bunch of butter and syrup. Honestly, I wondered if the pancakes she got were even still there on her plate.

After we ate, we headed out to the docks where the boats were. Turns out we rented a boat out for a few hours. We headed out on the water. The lake was gorgeous, and the sun beat down on the water, so it looked like we were gliding on sparkly, glistened ice rather than water. My siblings laughed among themselves while I looked at the water in a silent daze. It felt so peaceful, and it was like my family hadn’t had a time like this for a while.

After a while, we headed back toward the cabin and got ready to leave. We piled in the car and headed out toward the city. We stopped at a little Greek restaurant where we ate some lunch. My little sister Caroline ended up spilling her drink all over herself, so we stopped at a mall that was a little down the road so she could get some new clothes.

When we got there, we decided to split up into two groups and look around for an hour or so. My group consisted of me, my little brother Clark, my little sister Kimmie, and my older brother Vaughn. Mom, dad, and 2 other sisters were in the other group. They went one direction while we went the other way.

My group decides to stop at this place that sells hot sauce. You would think if you had to sign a contract to test a sample of sauce that you wouldn’t try it. Well, Vaughn, who was not the brightest cookie, decided to try it. He tried the sauce and turned around and says to me, “Emma, why didn’t you tell me not to try it?” I respond, “Bro, I did tell you! We have to get you some milk.” Kimmie says, “Look, there is a vending machine over there.” We head over to the vending machine where he buys a Gatorade, which only made it worse for him.

We went back to the place where we planned to meet our parents. Greta asks Vaughn, “What on earth is wrong with you?” Clark burst out in laughter and said, “This dummy decided to try a hot sauce that he had to sign a contract for.”

My dad face palms himself, and says, “Vaughn, you know better than that!”

After buying my brother Vaughn some milk, we left the mall. It took us a while to find the red minivan that we rented for this trip. Since we were used to our other car, we walked around the parking lot looking for the wrong car. My mom starts to call the police to report it missing, then Caroline stops her and says, “Mom, we rented the red minivan for our trip.” After walking the whole parking lot looking like a bunch of weirdos, we finally found the car and got in.

We got back on the road, and our next stop had to be the best – and worst – place we had ever been to. It was the Dolly Parton show! We all yelled out in excitement. We wanted to get out faster, but we had to wait for the sliding doors to open. We headed to where the horses were located. After looking at all the horses, we went inside, “Wow, this is crazy!” Kimmie says.

Apparently, you had to pick whether you were south or north, and this determined where you were seated. Clark says, “Hey, Vaughn, look at that down there.” Clark was pointing to a drinking area. Clark asks my mom, “Mom, can we go down there and get a drink?”

My mom’s response is, “Sure, but make sure to get in the line that has the non-alcoholic beverages.” “Yes, ma’am,” they replied.

We were on the second floor, and the drink station was on the first floor. My mom watched and made sure they get in the non-alcoholic beverage line, which they successfully did after being guided to the correct line. They each grab a blueberry and a strawberry daiquiri drink that was in the non-alcoholic line.

Soon after my brothers come back, the line starts moving to the front. Inside was a huge arena. It was incredible. There was food at our table waiting for us to gobble up. “Wow, this roll is so good!” Greta says. She had already started eating the moment we sat down.

We all sat down and started eating. The horses came out and started the show. It was insane. The horses did all these different tricks, and Greta, who loved horses, was so fascinated. I looked over and noticed Clark and Vaughn, as well as my mom, were gone. I figured they maybe went to the bathroom or something, so I thought nothing of it.

As the show came to a close, and it was time to go, and I looked over to see that my mom and brothers never returned. I started to get worried, and I asked my dad, “Where are mom, Clark, and Vaughn at?” My dad says that he would explain when we got to the parking lot. My little sister taps my shoulder and tells me, “Emma, I’m sure they are fine! They probably went to go get the car.”

When we headed out of the arena, I almost tripped over a caution sign that was beside the entryway. We walked out to the parking lot where my mom was in the driver’s seat, and my brothers were sitting in the middle of our rental car. Turns out both my brothers projectile vomited all over the stairs where the entryway was to get into the arena.

We got in the van and headed back to the cabin resort. On the way there, while my mom is driving, Clark suddenly unlocks his door and opens it. The van has sliding doors, so some vomit got on the door as it was opening; about this time, Vaughn is opening his sliding door as well. Mom puts the flashers on. Caroline got sick from watching them. The rest of us hopped out of the van and ran away from the car. After a while, my brothers finally got a little settled. We opened the back of the minivan, where my brothers sat with their legs dangling. The sliding doors are open to trying to get rid of the smell. We finally made it back in one piece to the cabin where we were staying.

To this day, the people who work at the Dolly Parton show swear that they did not give my brothers any alcohol in the daiquiri drinks they got, but that night definitely tells us otherwise.

What happened that night was terrible, yet to this day, we still look back on that night and reminisce. To others, we look like a ridiculous family on the side of the road, freaking out and laughing. Though I wondered why we laughed, the circumstances were not the greatest, yet we laughed all the way back to the cabin. This day on our trip turned out to be what my family was in need of. 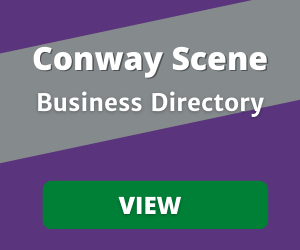 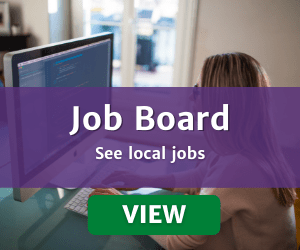