CONWAY — The University of Central Arkansas’s Reynolds Performance Hall will present “Pachuquísmo” by Vanessa Sanchez on Thursday, April 7, at 7:30 p.m.

Recipient of the “Izzie Award,” the Isadora Duncan Award for Outstanding Production, “Pachuquísmo” is a multidisciplinary, rhythmic performance that overlays tap dance with Mexican zapateado, features a live band that brings together jazz with traditional Son Jarocho music from Veracruz, Mexico, and explores the Chicanx experience through percussive conversations.

With the nine-person, all-female cast wearing full zoot suits, “Pachuquísmo” pulls the narrative of the Zoot Suit Riots out of the male-centered context and portrays the experiences of las pachucas of the 1940s through movement, spoken word and video. “Pachuquísmo” is funded by the New England Foundation for the Arts National Dance Production Grant; Touring subsidies are available. 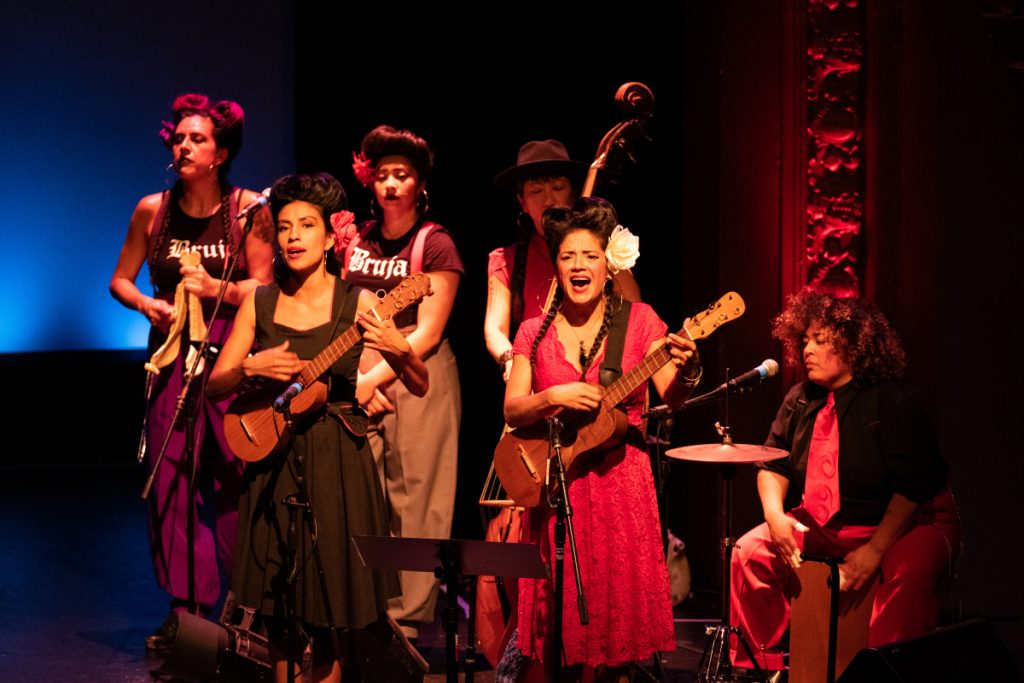 La Mezcla is an all-woman, polyrhythmic, San Francisco-based dance and music company rooted in Chicana, Latina and Indigenous traditions and social justice. Founded in 2014 by Vanessa Sanchez, their work brings together Tap dance, Son Jarocho and Afro-Caribbean rhythms to bring the overlooked histories and experiences of communities of color to stages and streets.

The performance will end with a Q&A session from professor of Latin American and Latino Studies at the University of California, Santa Cruz, Catherine S. Ramirez. She is a scholar of Mexican American history and Latinx literature and author of “The Woman in the Zoot Suite: Gender, Nationalism, and the Cultural Politics of Memory.”