Windgate Museum of Art’s Yum, Yum, Yum! A Taste of the Cajun and Creole Cooking of Louisiana Film Screening and Panel Discussion

Join us for a night of delectable food—on screen and off. In Les Blank’s short film, Yum, Yum, Yum!, viewers will get a taste of Cajun and Creole culture and a look into its delicious cuisine. Following the film will be an episode of Netflix’s Chef’s Table: BBQ.

Viewers will meet Texas legend Tootsie Tomanetz as she shares her moving life story and the cooking that made her restaurant, Snow’s BBQ, famous. These short films deliver true and heartfelt representations of the region.

Southern hospitality and love exist not only in the food but also in so many aspects of the community from which it is made. A sampling buffet of Cajun and barbeque dishes will precede the screening at 6 p.m.

This film was directed by Les Blank (1990) and the episode was directed by Tootsie Tomanetz (2020). This film screening is part of the Cinema and the Changing American South series, in conjunction with Southbound: Photographs of and about the New South.

There will be a panel discussion following the film. Masks required and limited capacity. Reserve your seat by e-mail to windgatemuseum@hendrix.edu. 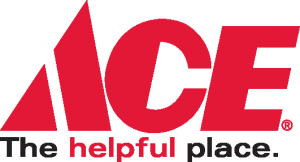